Abstract
It is commonly believed that Nigerian students perform very poorly in the English language. Manx~ reasons adduced to be the causative variables/or students’ poor performance in title English language are located away from the students themselves. What the above scenario portends is that no effort has been made to find out the strategies which the students themselves use in their efforts to learn the English language: it also implies that no effort has been made to find out the relationship between such strategies and the level of students’ performance in the target language The problem which this study addressed was not only to evaluate the language learning strategies which the sampled study population use in their efforts to learn English, but also to determine the extent to which their mean
achievement scores in English depend on their use of various language learning strategies. The study was carried out using a descriptive survey research design.1ts population consisted of Senior Secondary School (SSS)form [1 students in three States of South—Eastern Nigeria Random sampling technique was used to select a total of one thousand, four hundred and one (1401: 747: males, 654 :females)students used for the study. Two sets of instrument were used to collect data for the investigation: appraisal instrument (cloze test), and questionnaire Two research questions and corresponding two null hypotheses were formulated to guide the study. Results of the study revealed that i) the greatest proportion of the [gbolearners of English in SSS II (84.3%) made use of soda-affective language learning strategy, while cognitive strategy had the lowest proportion of users(50. 9%); ii) There was significant difference, in the English language performance, between the users and non—users of the various language learning strategies.

Reading: A Tool for Combaing HIV/AIDS, Tuberculosis and Malaria

Voices from Africa on literacy for the attainment of sustainable development: An Overview

Literacy, Nigerian Press and the People 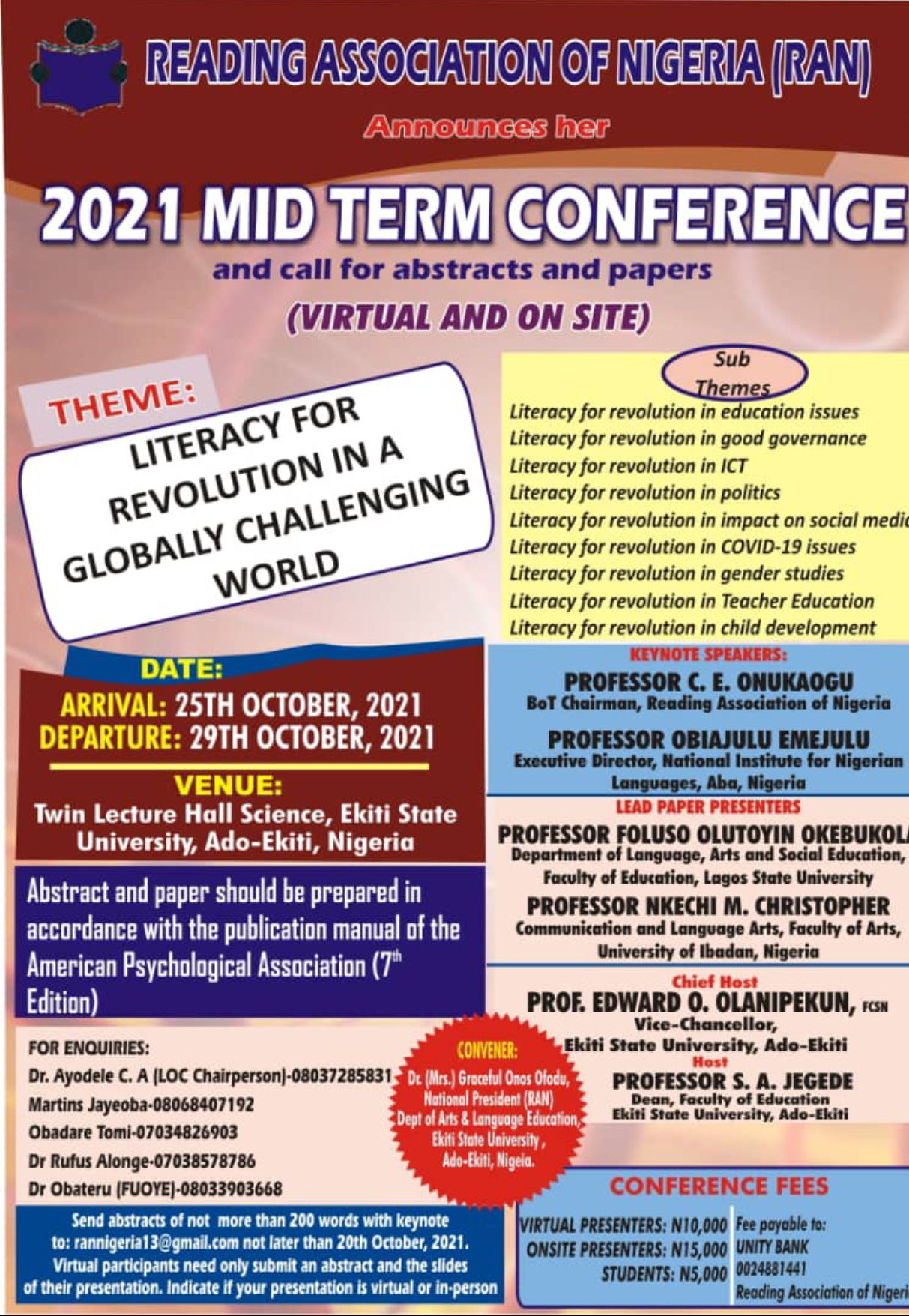